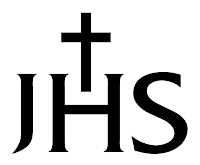 Eternal Father, you gave to your incarnate Son the holy name of Jesus to be the sign of our salvation: Plant in every heart, we pray, the love of him who is the Savior of the world, our Lord Jesus Christ; who lives and reigns with you and the Holy Spirit, one God, in glory everlasting. Amen.

The Feast of the Holy Name is listed in the Calendar as one of the Feasts of Our Lord (BCP p. 16). When this Feast falls on a Sunday it is given a special privilege: it takes precedence over that Sunday’s readings. This is because the Holy Name (along with the Presentation on February 2nd and the Transfiguration on August 6th) is considered such an important event in the life of Christ that it deserves this honor. This is one of the many times the Prayer Book Calendar helps us understand the key elements of our Faith by ranking and by providing a collect (special prayer for the day) and appropriate lessons from Scripture through which we might learn more about the teaching of the Gospel.

This celebration was called the Feast of the Circumcision in previous Prayer Books. The 1979 BCP adopted the new designation as a way of putting the emphasis on the Name given "by the angel before [Jesus] was conceived in the womb" (Luke 2:21), rather than on the ritual action of circumcision.

This day commemorates the Jewish naming ceremony eight days after the birth of a child. In addition, boys were circumcised (in accordance with the covenant with Abraham found in Genesis 17), thus being subject to the Old Testament Law. As such, it forms the Octave Day (eighth day) of the Feast of the Nativity, eight being a number of Christian perfection (being one more than seven, an Old Testament number of perfection). Many commentators have found the paradox of the Son of God's obedience to the ritual Law a foreshadowing of His complete humility later on the Cross. Thus, like our civil New Year’s celebrations, this day looks back to the past (Christ’s Nativity) and forwards into the yet-to-be of the Church Year. Like Advent, Christmastide has a distinct element of contemplating the mystery of time and eternity.

Today's feast day also reminds us that Jesus' name means "salvation." It is a name of strength, yet also of mercy. The secular year has begun; we in the Catholic Faith commemorate the giving of the Name of Our Lord, a name that puts the focus not on ourselves or on the often wearying cycle of events beginning again each year. The name of Jesus tells us that we are part of a message of salvation, redemption, dignity, compassion, purpose, mercy. For, as many as have been baptized into Christ Jesus, have put on Christ Jesus. We are marked by His Name, washed in His Blood, nourished in His Sacred Mysteries. By His Name we are saved. Let His message be our message – living lives of holiness, joy, strength, and mercy so that every heart may come to know, love, and serve the True and Living God.

Posted by Brandon Filbert at 2:13 PM