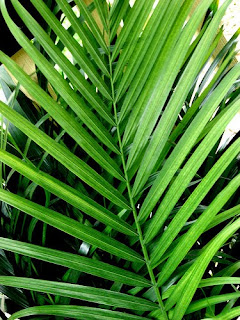 “It is written, I will strike the shepherd, and the sheep will be scattered. But after I have risen again, I will go before you into Galilee.”

The “Great Week” has begun. Christ as entered Jerusalem to the crowd’s fickle acclamation. But, we have already tasted in the Passion Gospel the volatility of popular sentiment, and the relentless search for security by those who already have the power of death on their side.

The Liturgy of the Palms was conducted in our old parish hall, where we once worshipped before the new church was built. For years now, it has been the place where Palm Sunday begins for us, its old linoleum floors scuffed but still shiny, the walls bearing the scars of many decades of various uses, the basketball hoop (put in after it became our parish hall) seeming rather incongruous with the sacred proceedings. This “log cabin” building, as we call it, is our “outside the walls” place of assembly for processions. There we form a circle, the choir chants the ancient refrains about the children of the Hebrews gathering branches of olive to greet their Lord, the story of Christ’s entry is told again, and we ask God’s blessing on the palms to be signs of Christ’s victory. The holy water is sprinkled, the incense is offered, the palms are distributed. Some are waved, some are folded into crosses, a few used as impromptu swords by younger participants (inadvertently recalling the sword mentioned in the Garden of Gethsemane a bit later on). It’s just the normal semi-chaos of a parade.

We move from the parish hall to the church proper on a concrete outdoor path. The Scripture talks of the journey being made on the garments laid down by those lining the way. We didn’t have that, especially on a wet day threatening more rain; instead, many worms were crossing the pathway. Some of them became accidental victims of another fickle crowd’s heedless whim. It was a Pacific Northwest touch, I guess.

Eventually, we arrived at the doors to the nave, our “Jerusalem.” After a joyous organ fanfare, we began to sing the old Palm Sunday favorite “All Glory, Laud, and Honor.” Palm Sunday had suddenly coalesced into its full self. This group of 21st century Anglican Oregonians, singing chants, hymns, and prayers from many eras was transformed into that day, that moment when Jesus came in to the Holy City. It was not only holy; it was fun.

But, like the sky in a painting by Constable, the sunlight was not to last long. The Passion Gospel reminded us of the work Christ has to do. Like the above antiphon tonight at Evensong, we are in that part of the journey where sorrow and lament seem in the ascendant, but when we still have the promise of joy’s return, someday.

As we walk this way, we cannot forget that for us, Christ is always risen. Rather than creating a sort of spiritual Williamsburg, where we dress up for a time and pretend we are living in 1st century Jerusalem, we are bringing into sharp relief the eternal truth of the events we experience. Christ’s victory is palpable and our deal with death remains a temptation. The Christian’s life is a conscious choice between the two.

Posted by Brandon Filbert at 7:05 PM