Day by day we praise you: an introduction to the Daily Office 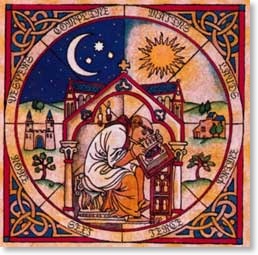 4. Which Rite is Right?
The next step in learning to say the Daily Office is deciding which form is best for you. The Book of Common Prayer provides two basic forms and one simplified variation for the Office.
The first form is termed “Rite I,” beginning on page 36. This is Morning and Evening Prayer in Elizabethan English. This was the language of the Prayer Book from 1549 until 1979. It is a rich, valid, lively, and nourishing way to pray. Together with the Authorized Version (sometimes called the King James Version) of the Bible, using Rite I will ground a person in the historic Anglican vision of prayer and practice of the Christian faith. I would recommend it for anyone who grew up with this language or who is completely new to Anglicanism as a way to grow acquainted with classical Anglican spiritual heritage.
The second form of the Daily Office in the Prayer Book is termed “Rite II,” beginning on page 74. This is Morning Prayer, Noonday Prayer, Evening Prayer, and Compline in contemporary English. I say “contemporary” with some hesitance, as this is hardly “the language of the street.” Rite II throughout the BCP is very conscious of its Elizabethan heritage, and reads aloud (the acid test for liturgical language) quite well in most places. I would recommend this for most people as the normal form of Daily Office to use.
Rite I does not have forms for Noonday and Compline because those services did not exist in earlier editions of the English or American Prayer Books. Rite II, using a wider variety of liturgical resources than was the case in previous Prayer Books, has more basic “material” for the Office. Elizabethan-language versions of those services can be found online, as well as in the Anglican Service Book, which has traditional-language versions of almost everything in the 1979 BCP. This book is now available online.
The 1979 Prayer Book provides a simplified variation on the Rite II Daily Office, entitled “Daily Devotions for Individuals or Families,” beginning on page 136 . These are, in essence, outlines or frameworks for time of prayer through the day. They can be the first place a person goes in order to develop a pattern of prayer in the Anglican tradition, and they offer both brevity and considerable scope for adaptation to personal needs. However, by themselves, they do not offer a great deal of depth and are not representative of the main purposes of the Daily Office.
I would recommend that someone who is just learning to pray at fixed times each day start with these devotions, then move on to the Rite I or Rite II Office. The daily devotions, however, can be memorized with ease by most people, and thus can stand ready for those times when one is unable to say a fuller form of the Office. They are also ideal for use with children, allowing for them to be introduced to the Office in the home setting. Remember: if children never see the adults in their lives pray, they will assume prayer is either an act of "make-believe," or hypocrisy--and who could blame them!

So, now you have some work to do: go through these basic forms of prayer and spend time with them, getting some sense of how the language suits you. Don't worry if you cannot understand all of the details about the service: you likely will not--and no-one expect you to at this point. What is needed now is a heartfelt sense of where God is calling you to begin.
After doing this, we need to undertake a short course in the basic pattern behind the Daily Office as it is found in our tradition. Then we will be able to approach the offices of Morning and Evening Prayer with an over-all view, not getting bogged down in the sometimes complex parts of learning this new language of prayer.
Posted by Brandon Filbert at 10:04 PM