The Two Lights on Transfiguration 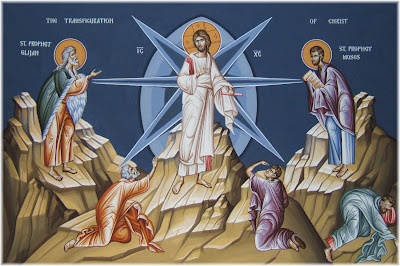 Like many people my age, I grew up fully expecting the world to be destroyed by a nuclear war. The news was steeped in predictions of it, and the history of the twentieth century to that point (as well as then-current events) confirmed a generally pessimistic view of humanity’s ability to draw back from the brink of self-destruction—fueled by ideology, fear, and hatred as we were. Films showing the effects of nuclear detonation were ubiquitous; the bright nuclear flash etching photographic negatives of vaporized humans, the melting of skin, the carbonization of livestock, the incineration of buildings…a regular man-made apocalypse was presented as quite possible. The fact that I am able to write this now was not something I would have been comfortable wagering money on back then as I looked at the fresh copy of Fallout Protection sent to our house by the US government.

It was many years later, after I became an Anglican, that I learned that the atomic bombing of Hiroshima (August 6) took place on the same day as the Feast of the Transfiguration, when Christ’s appearance was changed, and his face shone with a dazzling light. This luminous mystery, marking the transition from Christ’s ministry of teaching, preaching, and healing to his confrontation with evil and death itself on the Cross dazzled me. It confronted my childhood’s radiation-clouded pessimism with an abundant, radiant promise that Christ’s light—not that of Hiroshima—would be the destiny of humanity in God.

Christianity is never about ignoring the reality of human suffering or evil done by humans—sometimes, tragically, in the name of God—to humans. It must acknowledge this evil as surely as Christ experienced it and overcame it by his love and steadfastness. But neither must Christianity allow itself to become conformed to the world’s pessimism or its perversion of nature or science. We are a people of light: the light of Creation, the light of the Transfiguration, and the light of the Resurrection. We share—through grace, sacraments, communion, and promise—in that light. We are called to exhibit that warm, loving, hope-giving light, rather than the searing glare of destruction that mere worldliness projects in a vain effort to blot out God. 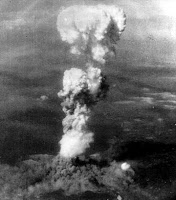 The Feast of the Transfiguration is a glorious feast; it is also a solemn feast. On this day we celebrate the opening of a window into the mystery of Christ’s triumphant and beautiful power; but we also take up again our own responsibility to share in that light, to shine with that light, and never to mistake the light of this world—no matter how thrilling, how power-promising—with the light of the Kingdom of God made known to chosen witnesses on the holy mountain, in the holy liturgy, and by holy lives.

The Collect of the Feast of the Transfiguration

O God, who on the holy mount revealed to chosen witnesses your well-beloved Son, wonderfully transfigured, in raiment white and glistening: Mercifully grant that we, being delivered from the disquietude of this world, may by faith behold the King in his beauty; who with you, O Father, and you, O Holy Spirit, lives and reigns, one God, for ever and ever. Amen. 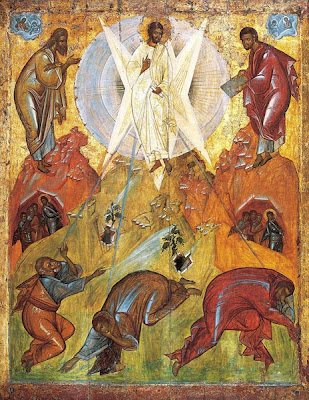 Posted by Brandon Filbert at 7:08 PM