Reform & Laughter: The Cycles of Corruption and Renewal in Faith 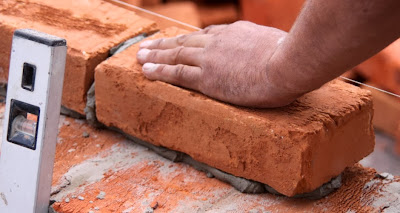 The king commanded the high priest Hilkiah, the priests of the second order, and the guardians of the threshold, to bring out of the temple of the LORD all the vessels made for Baal, for Asherah, and for all the host of heaven; he burned them outside Jerusalem in the fields of the Kidron, and carried their ashes to Bethel. He deposed the idolatrous priests whom the kings of Judah had ordained to make offerings in the high places at the cities of Judah and around Jerusalem; those also who made offerings to Baal, to the sun, the moon, the constellations, and all the host of the heavens. He brought out the image of Asherah from the house of the LORD, outside Jerusalem, to the Wadi Kidron, burned it at the Wadi Kidron, beat it to dust and threw the dust of it upon the graves of the common people. He broke down the houses of the male temple prostitutes that were in the house of the LORD, where the women did weaving for Asherah. He brought all the priests out of the towns of Judah, and defiled the high places where the priests had made offerings, from Geba to Beer-sheba; he broke down the high places of the gates that were at the entrance of the gate of Joshua the governor of the city, which were on the left at the gate of the city. The priests of the high places, however, did not come up to the altar of the LORD in Jerusalem, but ate unleavened bread among their kindred.  He defiled Topheth, which is in the valley of Ben-hinnom, so that no one would make a son or a daughter pass through fire as an offering to Molech.  He removed the horses that the kings of Judah had dedicated to the sun, at the entrance to the house of the LORD, by the chamber of the eunuch Nathan-melech, which was in the precincts; then he burned the chariots of the sun with fire.  The altars on the roof of the upper chamber of Ahaz, which the kings of Judah had made, and the altars that Manasseh had made in the two courts of the house of the LORD, he pulled down from there and broke in pieces, and threw the rubble into the Wadi Kidron.
2 Kings 23:4-12 (NRSV)

The Daily Office lessons from Scripture, though usually not intended to work together on a common "theme," often provide fascinating, Spirit-directed insights in the most surprising ways, instructing those with ears to hear about the task of living faithfully in our own day even as the events of a distant time and place are unrolled before us.

The lesson from 2 Kings depicts the specifics of King Josiah’s religious reform. In this passage, the mechanics of the task of ridding the Southern Kingdom (and parts of the former Northern Kingdom, later on in the reading) of the whole apparatus of idolatry and unabashed rebellion against God are gone through in detail. As the litany rolls on, a sorry and shameful picture emerges: much as the prophet Samuel predicted centuries before, the era of the Kings became a slide into non-observance, syncretism, and moral corruption.

Much like a report from a HAZMAT site, the editor of 2 Kings carefully details the multitude of transgressions that had long festered in the heart of Israel: the worship of other gods, the indulgence in vice and violence, the studied turning away from God’s revealed will to embrace a culture of spiritual convenience, magic, and hedonism. The result was a sickened, blighted society so vitiated by injustice that even this mighty reform was not enough to save it. Though Josiah is accorded great respect in the Scriptures, the lesson remains: sin-sickness has consequences.

Now concerning spiritual gifts, brothers and sisters, I do not want you to be uninformed. You know that when you were pagans, you were enticed and led astray to idols that could not speak. Therefore I want you to understand that no one speaking by the Spirit of God ever says "Let Jesus be cursed!" and no one can say "Jesus is Lord" except by the Holy Spirit.
1 Corinthians 12:1-3 (NRSV)

We see this not only in nations or Empires, but in the Church, as well. There are times when the deception of evil and the willful participation by members of Christ’s Body in evil’s delusion takes hold; we read of periods when simple faith in God is denigrated by “sophisticates” puffed up with a spurious religious “knowledge,” or when the leaders of the Church publish books, hold seminars, promote minions, and preach sermons denigrating the Faith given us by God.

Eventually, we experience seasons when, as St. Paul remarks in the lesson from 1 Corinthians today, these people—in effect—say “Jesus be cursed” as they omit whatever displeases them in the Gospel, and twist what remains to suit their tastes and desires. Such a house, divided against itself, cannot stand. Like Jerusalem of old, it is poised for a fall no matter how much is spent on its defense, “re-invention,” or institutional grandeur. Sin-sickness has its consequences.

While he was saying these things to them, suddenly a leader of the synagogue came in and knelt before him, saying, "My daughter has just died; but come and lay your hand on her, and she will live." And Jesus got up and followed him, with his disciples. Then suddenly a woman who had been suffering from hemorrhages for twelve years came up behind him and touched the fringe of his cloak, for she said to herself, "If I only touch his cloak, I will be made well." Jesus turned, and seeing her he said, "Take heart, daughter; your faith has made you well." And instantly the woman was made well. When Jesus came to the leader's house and saw the flute players and the crowd making a commotion, he said, "Go away; for the girl is not dead but sleeping." And they laughed at him. But when the crowd had been put outside, he went in and took her by the hand, and the girl got up. And the report of this spread throughout that district.
Matthew 9:18-26 (NRSV)

The sign that the time is ripe for authentic renewal is also provided in today’s lessons. When Christ tells the assembled party of mourners that he will restore the girl to life, they laugh at him (the King James Version, interestingly, better preserves the sense of the original text, by translating it as they laughed him to scorn). In other words, death and its apparatus was completely in charge: no one could imagine anything changing this, and Jesus’ words of hope were rejected out of hand, the people forgetting their sorrow to mock one who dared speak of life rather than death. It is precisely in such circumstances that God often chooses to act.

And it is precisely in this circumstance, I believe, we find ourselves today.

It is a “day of small things” in much American life today, the Church included. Many Baals are worshipped, even in the sanctuaries of God. Many words are written and spoken dismissing the revealed will of God. But Christ comes into our midst to heal, to raise, and to judge. The “report is spreading through the district” of this mysterious holy man who is changing lives, raising the dead, and upsetting the mighty.

As Josiah’s reformation began with the accidental finding of the Book of the Law when cleaning the Temple's dusty treasury, so renewal in our time will begin in the lost, forgotten, marginal places of an Empire of Sin. It always does.

Sin-sickness has its consequences; but God has the victory. Of this, we may be assured at every moment in the cycle of corruption and renewal, of hope and grief, of faithfulness and waste. Trust in it.


Posted by Brandon Filbert at 8:30 AM