Overwhelmed with Joy: Epiphany and the “Relevance” of Worship 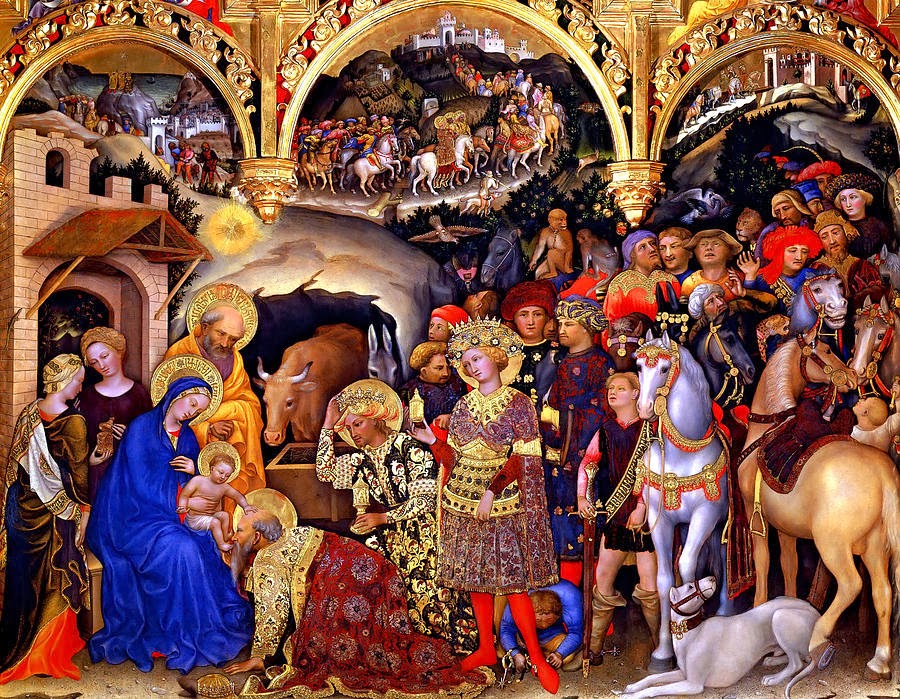 “When they saw that the star had stopped, they were overwhelmed with joy.”
--From Matthew 2, read at the Epiphany Eucharist

The familiar story of the Magi arriving at the stable in Bethlehem reads with the polished finish of a cherished Christmas card to many Americans. The complexity, pain, anxiety, menace, brutality, longing, risk…all these qualities tend to get lost in our quick rendering of the Wise Men and their journey to see the Holy Child.

But another aspect of this Feast that can get lost is the meaning of arrival. St. Matthew tells us something about this. After the long journey, the nervously-political (has anything really changed over the years?) game of “name that destination” with Herod, and all the doubts and uncertainty along the way, Matthew gives us an unexpected detail about the Magi: their emotional state upon knowing that this town—Bethlehem—was the real destination all along. They were, he tells us, “overwhelmed with joy.” To be overwhelmed means to be overpowered by a superior force. It is interesting to contemplate, this being overwhelmed.

The Magi were, for their time, advanced scientific minds. They were used to observation and investigation, categorization and research. Their study of the heavens revealed a sign that begged up-close observance. Following their curiosity, they entered into the kind of “go-for-broke” voyage of discovery that we all, from time-to-time, desire.

Minds like theirs are often rather cool and unemotional. To be so patient as to observe the stars as they did doesn’t tend to reward a choleric or anxious temperament. So, the verse wherein St. Matthew tells us that these men were “overwhelmed” is more than an aside: it is a window into the truth of what it is for serious students of life to encounter the Source of knowledge, the Author of wisdom, the Ground of being.

It is also significant that the Magi are shown paying homage or giving worship to the Christ-child, held by His blessed mother. This image of earthly wisdom acknowledging the totality and claim of heavenly Truth reveals another part of the Epiphany’s message: our search for truth cannot arrive at its destination until it worships the Mystery of Truth itself. When, in humility and wonder, we do this, we find that the “destination” is not a static place, but a dynamic relationship. The well-known gifts of the Magi are signs and seals of that ongoing relationship, a bond never lost and changing everything.

T.S. Eliot alluded to this side of the story of the Epiphany when we wrote “The Journey of the Magi,” imaging one of them remarking, years later:

All this was a long time ago, I remember,
And I would do it again, but set down
This set down
This: were we led all that way for
Birth or Death? There was a Birth, certainly
We had evidence and no doubt. I had seen birth and death,
But had thought they were different; this Birth was
Hard and bitter agony for us, like Death, our death.
We returned to our places, these Kingdoms,
But no longer at ease here, in the old dispensation,
With an alien people clutching their gods.
I should be glad of another death.

The experience of arrival in faith is never final, though it is always eternal. It marks a new and deeper access to what is True, in which the Truth reaches into us and changes us, making us more like Truth itself.

And this brings me to the final point of this musing: worship. Worship is the essential action of the Christian Church. We mark this and every feast with communal worship as its crowning point. Yet, in our own day, this is almost seen as an embarrassment. Worship, after all, doesn’t “do” anything. It doesn’t “achieve” a goal or “produce” a product. So, why is it important.

The fact that we must even ask this is in itself significant, but the answer is found—at least in part—in the Epiphany passage of Matthew 2. Worship is a response to encountering God, Truth, Reality, Power. The Magi were actively seeking these things. When they met them (even in a little child), they experienced the pavement ending (so-to-speak), and suddenly were driving on gravel, at a very high rate of speed. Their response (and a wise one, I might add) was not to hit the brakes, but to take their foot off the gas pedal and fall into the presence of God. No intellectual debate, no sophistry, no attempt to gain control: just raw worship and awe. Worship’s “importance” is really as a marker of how truly human we are, how deep our desire for finding Truth and living in Truth is.

This is a missing ingredient for many people today. Our “worth-ship” is given to work, to shopping and consumerism, to ideological positions or identities easily manipulated by various forces and organizations. But raw encounter is consigned so often now only to sex…and even that is increasingly commodified and packaged. Perhaps this is why matters pertaining to sexual experience have largely replaced holy things as the place of transcendent encounter in common culture.

The worship offered to the Christ-child proceeded from minds overwhelmed by an encounter with Truth. If the Magi hadn’t been looking for that Truth, perhaps they would have walked right by the Manger and thought nothing of it. Perhaps that is what Jesus would later allude to when he said that those who serve the least of his brothers and sisters are, in reality, doing it to him. Real worship is a response to knowing that we are in the presence of the Holy, wherever (and in whomever) that may be.

Today, the Church is often very concerned that its worship be “relevant” to people. I suppose I understand some of this. Super arcane things like 1970’s Folk Masses, U2charists, sloppily-led liturgy, leading services when you don’t really care about what is being done all that much, and the drone of weirdly-written prayers by people who aren’t very good at it are, indeed, pretty off-putting and irrelevant. But, the search for relevance isn’t really a consumerism-goes-to-heaven bid for the “ideal” service. It is a journey into the heart of personhood itself. Real “relevance” in worship is much more about how relevant we are to God than about God’s relevance to us.

When more of the Church learns to be open to the presence of God in our midst—rather than simply being satisfied with “thoughts about God” when we gather—we will find it much easier to join the Magi in their worship. To do this means getting outside of our selves, our minds, and our bland search for comfort rather than Truth. As Eliot wrote, we should be glad of another death—a death to the world as it is—if we want to embrace the life that stands before us in Christ. Until then, all our efforts at reform and renewal are just so much whistling “Dixie.”

Collect for the Epiphany


O God, by the leading of a star you manifested your only Son to the peoples of the earth: Lead us, who know you now by faith, to your presence, where we may see your glory face to face; through Jesus Christ our Lord, who lives and reigns with you and the Holy Spirit, one God, now and for ever. Amen.
Posted by Brandon Filbert at 4:48 PM