The Path Ahead for Christian Unity 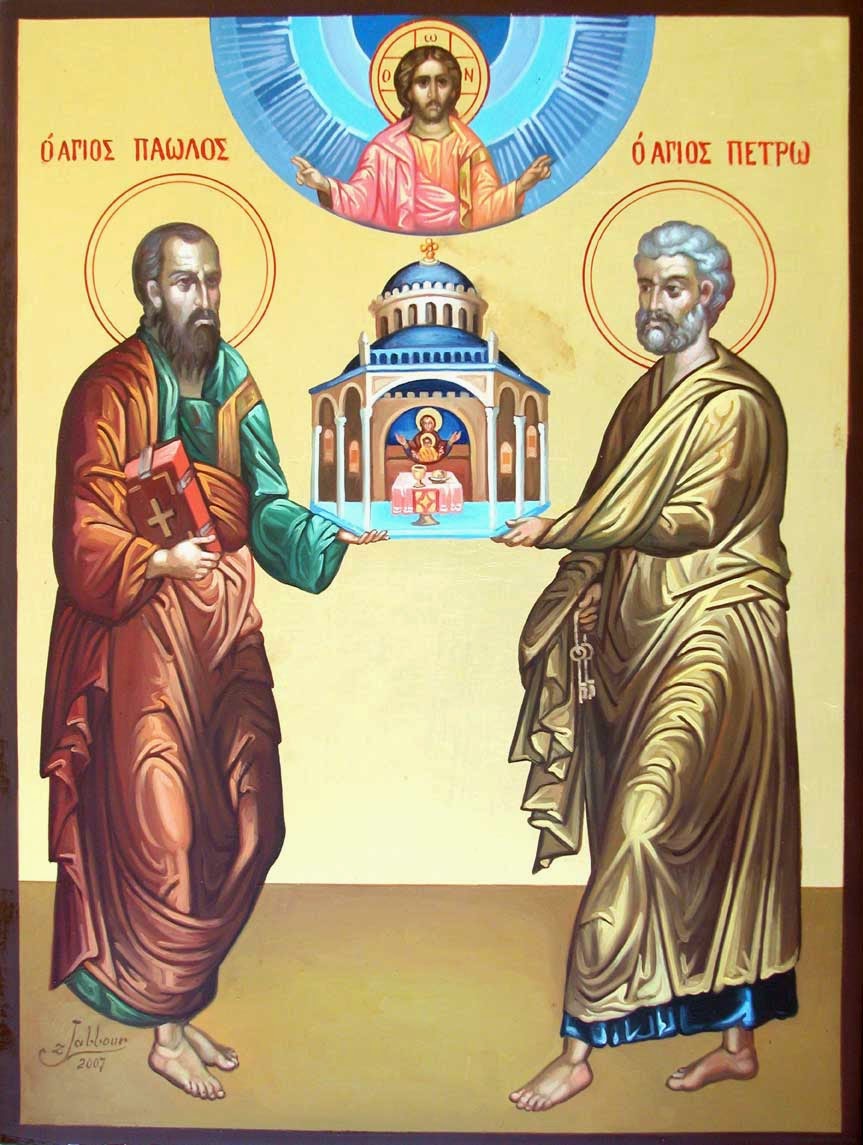 The Octave of Prayer for Christian Unity begins with the Feast of the Confession of St. Peter (January 18), and this gives us a good opportunity not only to pray, but to reflect on what we mean by seeking unity. What is the kind of unity we desire? and how do move toward it from our present position of disunity?

The feast beginning celebrates the moment when Peter put into a brief statement the essence of the Church’s message about Jesus: He is the Messiah, the Christ. It is this Confession the One Church, and not the myriad "confessions" asserted and fought over by the fragmented “churches” of Christianity that contains the real power of God.

Yet, by week's end, won't we arrive to find the same tired and necessarily dead-end conclusions with which we started? How hard it is to avoid the old formulae: “We need to merge on an institutional level,” or “until we can agree on a shared statement…” or “it is when we recognize each other’s ministries / sacraments / claims / grievances that we will be able to unite…" or "until you can accept this position...." How are these and most other statements about Christian unity connected to St Peter’s powerful confession of Jesus as Messiah?

As a mere parish priest without advanced studies, it is hardly my place to give a comprehensive answer to this question. I ask not because I have an answer, but because of a fundamental dissatisfaction with the situation as it is. The scandal of our divided Christianity, over against the Lord’s One Body, is more than irksome. It is an ongoing catastrophe, in which the sin of schism is compounded by an Eli-like complacency in the face of our mutilated witness to the Risen Christ.

The heads of the hierarchies in various parts of the Church occasionally have courage to speak about this problem, but the middle-level of the various church structures tend to militate against real progress…the seminaries, the church apparatus, the bureaucracies, the more-or-less “invisible” people who actually control much of the day-to-day life and choices of the so-called "institutional" Church.

For us, progress on unity might mean the loss of an income or the end of a carefully-sculpted system of management and relationships. We cannot discount this dimension of the problem. For every small group of confirmed “bigots” in the Church, there is probably at least one very seasoned apparatchik who finds the current scandal of division very beneficial. I cannot help wondering if I myself am one of those apparatchiks as I go about my pastoral round.

Part of the answer to my question may be found in two verses from the Psalm appointed at evening prayer on the Feast of St. Peter's Confessino. Verses eight and nine in Psalm 118 counsel against putting trust in flesh and in rulers. This discomfort with erroneous trusting is essential not only for our ascetic life as we battle temptations from outside the Faith, but for any interior progress to be made in unity as well.

Those temptations include the failure to draw a distinction between the Church as Body of Christ and the churches as human institutions. While not wholly disconnected, it is the confusion of these things that poisons so many experience of the Church, and the ability of the Church to take even the tiniest steps towards a unity of “truth and peace, faith and charity,” as the Prayer Book puts it: True Unity. How many people are currently outside the Church because of their experience of trusting in the small-c "church," or because the static, power-focused "church" has replaced the living, surprising and Spirit-led Body of Christ in their life (big-C "Church")? The difference is immense, and no progress towards unity can happen when we focus on the wrong version of Church.

Since ordination I have witnessed the gradual decline of the Ecumenical Movement into a new acceptance of a ghettoized Christianity: liberals hanging out with liberals, conservatives with conservatives, and anyone who doesn’t like this arrangement learning they best shut up if they want to keep going along in their little bailiwick. Unity, where it is spoken of at all, seems confined to ideological and institutional safe-zones.

Meanwhile, the natural curiosity of one kind of Christian about the experience of other Christians is squelched in order to preserve various kinds of political or moral purity, salted with all sorts of "non-fraterization with the enemy" legalisms and customs. Mostly, people tend to color inside the lines given them, rather than taking the risk St. Peter did to speak the truth simply, daringly, and with humility.

The Prayer for the Unity of the Church in the Prayer Book, in an exercise of some courage, prays to God that we are in “great dangers” through our unhappy divisions. It does not accept the present situation as normal. It tells us who pray it that we really should be in a state of anxiety and discomfort with Christianity-as-it-is. We cannot trust in our sense of "evolution," our entitlement derived from socio-economic or doctrinal smugness. The verses from Psalm 118 give us a clear means of identifying some of the idolatry that tempts us, like Israel in the desert, to go after other gods, seeking their strength rather than the promised power of our God. Putting our faith so much in institutions, -isms, and identity politics has become our modern day equivalent. We are trusting too much in the wrong things. More than folly, it is blasphemy.

As we make our way through the trackless waste of disunion, being bitten by fiery serpents of culture wars, secularism, and institutional decline, it may be time to look again to the Brazen Serpent on the cross-staff: the person of Christ who could inspire St. Peter to blurt out what he knew to be true while the others hemmed and hawed. This is always the way forward, always the path back to unity with God and (thus) each other.

For me, this week of prayer for Christian Unity is not about achieving some sort of bland "institutional" unity.  In fact, I really don't want that kind of unity much at all. It is probably the least interesting unity to me as it almost inevitably means all sorts of fudges and fakes in order to paper over the reality of human hearts and experiences.

What Christ commands is something altogether more profound and rewarding: a unity of heart and soul leading minds and mouths to glorify God. Trusting in flesh and rulers and systems…whatever their title or power…never has led to true unity. Trusting in Christ’s presence as we take the tentative steps to listen to others who follow him (especially those we find most puzzling or divergent), really being interested in their experience across the no-man’s land of a scandalized, divided Christianity…this seems like the truly radical and risky behavior of at St. Peter rather than yet another report of yet another commission about yet another ineffective attempt to substitute institution for Body.

This year, my prayer and labor on the subject of unity is to move beyond trusting in the very tools and techniques that keep us divided. I am praying for openness to listening—listening while grounded in my own experience of a rich tradition and its vitality—but listening for Peter’s Confession wherever it is being made.

Prayer for the Unity of the Church

O God the Father of our Lord Jesus Christ, our only Savior, the Prince of Peace: Give us grace seriously to lay to heart the great dangers we are in by our unhappy divisions; take away all hatred and prejudice, and whatever else may hinder us from godly union and concord; that, as there is but one Body and one Spirit, one hope of our calling, one Lord, one Faith, one Baptism, one God and Father of us all, so we may be all of one heart and of one soul, united in one holy bond of truth and peace, of faith and charity, and may with one mind and one mouth glorify thee; through Jesus Christ our Lord. Amen.

Posted by Brandon Filbert at 9:44 PM

Email ThisBlogThis!Share to TwitterShare to FacebookShare to Pinterest
Labels: Christian Life, Church in the World, Through the Church Year