“Are You Ready?” -- Advent and Meeting Christ 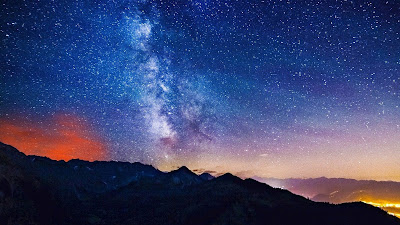 Advent is a rather curious season. Like a firework with instructions in a foreign language leaving the person setting it off unsure of just what might happen, it can easily go in unexpected directions.

First, there is duration. The four Sundays prior to Christmas—the traditional way of marking the season—can mean a full four weeks, or (as in the year of this writing) three weeks and a day. That’s not a lot of time.

Then, the content. Advent is all of a jumble, containing everything from high drama to subtle intimacy; sublime vistas into eternity to the contemplation of time itself; joyful expectation, awe, wonder, repentance, and a certain very personal reaffirmation of mortality even as we prepare for eternal life. The season ostensibly getting us ready to celebrate Christ’s first coming at Christmas is very much about that same Messiah’s return at the End of the Ages.

All this makes it something of a preacher’s nightmare—so many themes, approaches, insights, and critical aspects of our faith and practice happen in such short order.

For the worshipper (and, I assume, this includes preachers!) Advent is a bonanza of renewing energy. The start of the Church Year, it is both a time of rejoicing in the message of Emmanuel (“God with us”) and also a solemn call to repent and set in order our house to receive that Lord. Sometimes we hear it put rather forcefully that "Advent is not a penitential season“ but this is only partly true. Spiritual preparation always contains repentance, and all repentance is ultimately joyful, in that we have begun the road back to Our Father’s home and his welcome in mercy there. Advent is not another Lent, but neither is it a season of unalloyed jollity.

The first Sunday of Advent, especially in Year B when we read from Mark 13, has an element to it of what the French call “frisson,” or a shiver of excitement. The language is that of Christ’s return…but the emphasis is on suddenness. This is not something you can get ready for at the last minute, like running to the store to get ready for tomorrow’s storm. It is about living a life of readiness, awareness, and peaceable openness to Christ’s return in this moment as well as at the End of the Ages.

Most of us are introduced to this way of living through a serious trial. I remember the period between my first major post-cancer surgery screening for recurrence and the day I heard the results. Those three weeks were probably the most intentional three weeks of my life. Every day, every hour, really, was spent in a very conscious awareness of both its preciousness and its eventual culmination—sooner or later—in the presence of Christ on the Last Day. I have never completely lost this awareness. Christ’s return is not, for us, a purely future event. It is also daily.

This brings me to one of the most important of Advent’s many aspects: being ready to meet Christ. Years ago I was given a bookmark for use in the Advent season. It showed a fiery sunrise with the words “Are you ready?” I had never really thought about it before. Meeting Christ, personally, face-to-face in the Kingdom, and in light of who I was becoming in this life: was I ready for this? The answer was "no."

I’ve lost the bookmark, but the question has never left me. Advent, in its gentle fierceness, keeps posing it, and each year I draw closer and closer to a life I confess with my lips, but only through preparation—in all its forms—do I live with my heart. So be ready: light the match on Advent and let it take you on the wild ride of meeting Christ every day.
Posted by Brandon Filbert at 6:15 PM

Email ThisBlogThis!Share to TwitterShare to FacebookShare to Pinterest
Labels: Advent, Through the Church Year