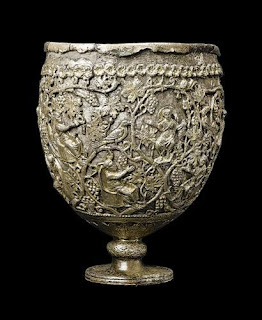 O God, whose blessed Son made himself known to his disciples in the breaking of bread: Open the eyes of our faith, that we may behold him in all his redeeming work; who lives and reigns with you, in the unity of the Holy Spirit, one God, now and for ever. Amen.
Collect for Wednesday in Easter Week

As we celebrate the Octave of the Resurrection this year, we reflect on many things. During this week of feasting, we feast on the accounts of Christ’s Resurrection, both in the Eucharist and in the Daily Office. In doing so, we stand with the awe- and fear-struck disciples as they encounter the glorious Mystery of Christ’s Victory over sin and death. In the Daily Office, we reflect on the Passover, reading the story carefully and seeing the many ways it prefigures the sacrifice and deliverance from death found in the True Paschal Lamb, Jesus the Messiah. Finally, we savor St. Paul’s teaching on the Resurrection, largely as recorded in 1 Corinthians 15. As with the Apostles’ gradual realization of the veracity and the overwhelming meaning of what has happened, Easter week is a “crash-course” in the implications of the Resurrection.

Part of this consideration brings us to the Eucharist. Last week, on Maundy Thursday, we celebrated the Institution of the Mystical Supper. This week, we join the Apostolic community in the realization that Our Lord’s gift to us is a very participation in His Resurrected Life, so that each Eucharist is both a sharing in that True Life in the here-and-now, and a sharing in the Final Victory at the end of the ages, the Heavenly Banquet.

St. Hilary, Bishop of Poitiers (d. 367) and a great defender of orthodox Christianity in the face of Imperial and Ecclesiastical forces promoting heresy (ah, there really isn’t anything new under the sun), pondered this mystery in his great work “On the Trinity.” He begins this section by reminding us that by his Incarnation, Christ has transformed our flesh into something new: a union with his divinity:

We believe that the Word became flesh and that we receive his flesh in the Lord’s Supper. How then can we fail to believe that he really dwells within us? When he became man, he actually clothed himself in our flesh, uniting it to himself for ever. In the sacrament of his body he actually gives us his own flesh, which he has united to his divinity. This is why we are all one, because the Father is in Christ, and Christ is in us. He is in us through his flesh and we are in him. With him we form a unity which is in God.

St. Hilary then studies how this has come to be, noting that

This, then, brings us to the Eucharist. When we receive of these Sacred Mysteries, we take the very Body and Blood of Christ into ourselves, allowing us to participate directly through Christ in the will and Life of God:

Christ himself bore witness to the reality of this unity when he said: He who eats my flesh and drinks my blood lives in me and I in him. No one will be in Christ unless Christ himself has been in him; Christ will take to himself only the flesh of those who have received his flesh. He had already explained the mystery of this perfect unity when he said: As the living Father sent me and I draw life from the Father, so he who eats my flesh will draw life from me. We draw life from his flesh just as he draws life from the Father.

This profoundly Easter understanding of the Eucharist must be underscored. In a society which sees matter as essentially inert, dead, and unspiritual, here we see the truly radical Christian teaching that by taking our matter and becoming human, God in Christ has revealed the true holiness of Creation. In the Holy Eucharist, we our nourished in the resurrection power of Christ which turns the death of this world into the Life of God. This is the hidden power of the Resurrection in the Christian's life. It changes everything.

With the Resurrection vision known in and through the Eucharist, the Holy Spirit given to Christians can open our eyes to see the latent, potential holiness of the world God made, of the True Self liberated by Christ, and of the other person. No longer can we see the other from the merely human perspective of power, passions, and possession; we see each and every person as a potential saint, a holy image-bearer of God in progress. We begin to see the world through the eyes of Christ, the “lover of souls" and thirst for that world by living the Gospel intentionally, challenging sin and injustice, opening the graves of those who are "prematurely buried" by sin.

In all this, we are pointed to the essential nature of the Eucharist. Not only is it the “principal act of Christian worship,” as the Book of Common Prayer terms it; it is the lens through which we see the world aright – as holy offering, loved and redeemed by God, shining with the light of God as all things are brought to their perfection by him through whom all things were made.

This is the great Easter Gift we contemplate in the above Collect. If the person who allows him or herself to be called a "Christian" is truly seeking to walk the way of a disciple, that person must grow in this way of seeing things, this way of understanding the true nature of the world, for the life of which – the true, full, whole, and holy life – Christ died and rose again.

Posted by Brandon Filbert at 9:28 PM