The Once-and-Future Church: Servanthood and Getting Back to Reality 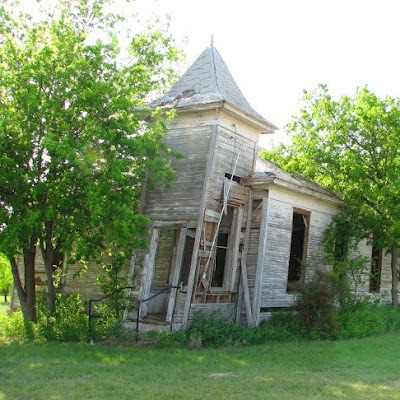 One of the more foolish things Christians do is get “worried” about the Church. Articles, books, lectures, sermons, and all sorts of other communication floats around, purporting to describe the collapse, end, failure, or demise of the Church…usually with the assumption that the Church is rather like a failed business, waiting for bankruptcy or a buy-out from some rival. We are told by various “experts” that the Church must “change or die,” and from others that it must “cling to its traditions” or perish. As with most advertising, there is a breathless desperation to much of this talk—mostly by people whose income or status is derived from the Church.

The assumption behind these warnings seems to be that the Church is essentially a human institution, rather like a large, old corporation, and thus subject to purely human analysis and measurements. What is forgotten is that the Church is really the Body of Christ, and that “the gates of Hades will not prevail against it.” Anything purely institutional about the Church will, indeed, rise and fall; but that which is truly of Divine origin will endure until the end of the ages. This perspective changes everything.

While the St. Timothy’s J2A group was in Ireland on pilgrimage this summer, we saw evidence all around us of the rise-and-fall of institutional Christendom. Most manifestations of Christianity are in eclipse there right now. Parishes have closed, congregations are often very small and quite elderly, and a sense of decline is pervasive.  For a country once known as the crown jewel of the Roman Catholic Church, times are hard.

This has a lot to do with the recent sex scandals that rocked all parts of that Communion; but it also is the result of the Church’s general misuse of its position and privilege. Much the same thing may be said of the Church of Ireland (the Anglican Church in that country). Far from being the servant of God’s people, the institution had come to make the people its servant.

And I think it is this question—the servanthood of the Church—which really requires some thought today. Christ Jesus came amongst us “as one who serves,” as the Gospel according to Luke reminds us. That service we call ministry, a term that shares a root with the word minus, or “less.” The Christian Church should never point to itself as the focus of attention. It should always point to God through prayer, faithfulness, humility, holiness, and service. As St. Paul wrote to the Church in Corinth so long ago: “For we do not proclaim ourselves; we proclaim Jesus Christ as Lord and ourselves as your servants for Jesus’ sake.” (2 Cor. 4:5). The Church’s renewal and growth is based on the authenticity of its servanthood. We need always to take a back seat to the mission—making “less” of the institution and “more” of the message. When we do so, our need to worry melts away as we become instruments of something far greater than our vested interests or our passings fears.

As we begin the full program for another year of ministry at St. Timothy’s, I want to remind each of us—as well as myself—that the once and future Church will never be an institution dedicated to its own preservation or enrichment. The true Church is conscious of its identity as part of the Risen Christ’s holy Body, and joins its risen Head in serving others so that God’s victory, love, and power may be known. This is a school for servants: service in the home, in school, at work, “in shops or at tea,” as the old hymn says. Let us keep this in mind so that all our efforts are directed to the real mission of the Church: To restore all people to unity with God and each other in Christ.

Your fellow-servant in Christ,