Observing the Twelve Days of Christmas 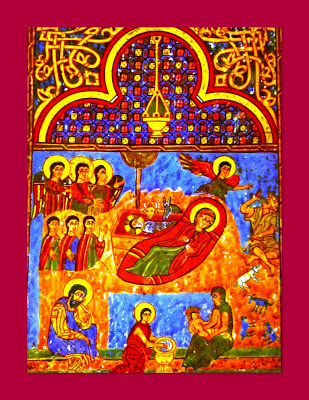 The 12 Days of Christmas (from Christmas Day to Epiphany) cover a great deal of spiritual ground. In addition to being an extended meditation on the Incarnation of Christ, the days immediately following Christmas Day visit the issue of witness (the Greek word for this being the same root from which the English word martyr comes) in an almost encyclopedic manner:

The 12 Days of Christmas may include, depending on the day of the week upon which it falls, one or two Sundays. These Sundays offer continued reflection on the meaning of Christ's coming into the world. While the culture around us consumes Christmas in one day and moves quickly on to New Year's Eve and beyond, we savor the time and go deeper into the mystery.

On January 1 we come to one of the Feasts of Our Lord: the Feast of the Holy Name, when Jesus was formally named and recognized as a member of the Jewish community in the circumcision ritual eight days after his birth. This commemoration, along with the Feasts of the Presentation in the Temple (Feb. 2) and the Transfiguration (Aug. 6) are so significant that if they fall on a Sunday, they take precedence over that Sunday’s regular readings and prayers.

With Holy Name Day, the Octave (eight day period) of Christmas is completed. The remaining days of Christmastide fill the space leading to the Feast of the Epiphany, which brings to a conclusion this beautiful season, returning us to "Ordinary Time" until we approach Lent.

Episcopalians are bidden to keep the full 12 days of Christmas. This may include:

If we have kept Advent as a time of preparation and anticipation, we will not be so tired of feasting and celebrating that we cannot keep Christmas for its full duration.

Together with saying the Daily Office from the Prayer Book and attending Christmas liturgies at church, these patterns can help us experience the richness of this season, bringing us into deep contact with the joy and mystery of the Incarnation. When experienced first-hand, the Anglican way of living Christmastide gives coherence and substance to this season in a fragmented and consumerized world. May you experience the fullness of these 12 Days in worship and contemplation. Merry Christmas!
Posted by Brandon Filbert at 11:26 AM

Email ThisBlogThis!Share to TwitterShare to FacebookShare to Pinterest
Labels: A Parish FAQ, Through the Church Year