On the Spiritual Meaning of Independence Day 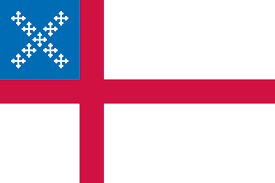 Independence Day is a Holy Day in the Episcopal Church’s liturgical calendar. Oddly enough, even though many of the Founders were themselves Anglicans, this day was not included in the Episcopal calendar until the 1928 BCP. The reasons are complex, but the upshot is that since so many Anglicans at the time did not desire separation from England, and because this matter was not judged to be of the essence of the Faith, it was not placed on our calendar until its celebration had lost the sense of “winner-takes-all” that it had in the first decades (century?) after our independence. This, in itself, a fine example of Anglican restraint and should be studied by many in our country (and even in the contemporary Episcopal Church’s leadership) today.

The collect and lessons from Scripture appointed for this day form a careful commentary on the issues of faith, the State, commonwealth, and that necessary and Godly balance which alone expresses the ideal found in the Declaration of Independence and (in less explicit terms) the Constitution. While many today prefer to think of American secularism as a form of Frence laïcité, a careful read of our history shows this not to be case. Instead, the various Christian traditions in the U.S.A. have almost always thought of this nation as a spiritual state of being, with a unique character and mission. Only in this era, with so many in our population no longer identifying as Christian (or practicing any communal form of Christianity) has the nation found itself so unsure about its spiritual destiny and purpose (or so devoid of the tools for its effective healing).

This is not to say that past notions of Manifest Destiny or Exceptionalism were either right or in proper accord with Holy Writ or catholic teaching. Indeed, it is clear that much of what was once seen as permissible Civil Christianity gave rise to terrible forms of oppression, injustice, and cruelty. But, the current tendency to try and force underground all spiritual consideration of this nation and its populace is both un-historical and profoundly misguided. The Establishment Clause of the Constitution does not exclude religious discussion, comment, or influence in the French sense from our Civic life; neither does it not allow us to establish one permitted or endorsed form of practice or belief. One could argue that spiritual consideration of the State is in fact essential for the kind of reform and renewal found in the Civil Rights movement, for example. Without such a source and vision, the nation is much more likely to slip into utter selfishness and venality.

Independence Day, for Episcopalians, is an important commemoration of the significance of the American experiment in governance and faith…and a reminder of the centrality of the condition of the human soul to that experiment’s continuance. This is a day of real spiritual reflection, work, and repentance (always the hallmark of serious Christian endeavor) as well as celebration and rededication.

A fine expression of this understanding of July 4th is found in the lesson from Ecclesiasticus (also known as Sirach) at Morning Prayer today:

A wise magistrate educates his people, and the rule of an intelligent person is well ordered. As the people's judge is, so are his officials; as the ruler of the city is, so are all its inhabitants. An undisciplined king ruins his people, but a city becomes fit to live in through the understanding of its rulers. The government of the earth is in the hand of the Lord, and over it he will raise up the right leader for the time. Human success is in the hand of the Lord, and it is he who confers honor upon the lawgiver. Do not get angry with your neighbor for every injury, and do not resort to acts of insolence. Arrogance is hateful to the Lord and to mortals, and injustice is outrageous to both. Sovereignty passes from nation to nation on account of injustice and insolence and wealth. The beginning of human pride is to forsake the Lord; the heart has withdrawn from its Maker. For the beginning of pride is sin, and the one who clings to it pours out abominations. Therefore the Lord brings upon them unheard-of calamities, and destroys them completely. The Lord overthrows the thrones of rulers, and enthrones the lowly in their place. The Lord plucks up the roots of the nations, and plants the humble in their place. The Lord lays waste the lands of the nations, and destroys them to the foundations of the earth. He removes some of them and destroys them, and erases the memory of them from the earth. Pride was not created for human beings, or violent anger for those born of women.
Ecclesiasticus 10:1-8,10:12-18 (NRSV)

What an extraordinary indictment of our current era’s attitude toward money, greed, power, pride, and shortsighted partisanship!

The lesson recalls the long-established historical lesson that a foolish people produces a foolish governance, with a fixed time limit to that governance’s endurance. What follows is a time of violence resulting in overthrow and a new order (though not necessarily a better one). It is a solemn warning, indeed.

It is always easier to blame the “leaders” of a nation for its ills—and sometimes rightly so. But in our country, the “leaders” (more often than not) simply reflect what the people (i.e. voters) want or idealize. Over time a kind of feedback loop develops between electorate and the elected…resulting in a pit-trap of folly that only a spiritual renewal of the people can truly change (leaders don’t generally lead people in directions they aren’t already seeking on some level).

Independence Day is not a day to celebrate the triumphal success of a perfect governmental system, nor the first form of “Brexit,” nor the glories of jingoistic American Imperialism. Rather (from our point of view), it is a Holy Day on which to give thanks for peculiar gift and possibilities of this nation, and to realize once more—and with great humility—its unfinished character and our role to be of service to the Gospel in the context of this nation’s journey.

For the Christian, there is ultimately only one true loyalty: to God the Holy Trinity. That loyalty finds itself often in the service of others as we share the Good News of God in Christ through various vocations and communities. But, that loyalty to the revealed will of God also forces us to take seriously where we have erred in ways that undermine the commonality, cheapened the discourse, and make a mockery of the sacrifice of others. The exercise of this freedom—the freedom to take stock of ourselves in light of the standards set forth for us in the Holy Scriptures—is perhaps one of the most underutilized freedoms we possess. This day is a good day to enjoy and practice it, before the barbeques and fireworks turn our passions and gaze from the spiritual meaning of this Feast.

The Collect for Independence Day:
Lord God Almighty, in whose Name the founders of this country won liberty for themselves and for us, and lit the torch of freedom for nations then unborn: Grant that we and all the people of this land may have grace to maintain our liberties in righteousness and peace; through Jesus Christ our Lord, who lives and reigns with you and the Holy Spirit, one God, for ever and ever. Amen.

A Litany for our Nation
For use on or near Independence Day
          
O Lord our Governor, bless the leaders of our land, that we may be a people at peace among ourselves and a blessing to other nations of the earth.

Lord, keep this nation under your care.

To the President and members of the Cabinet, to Governors of States, Mayors of Cities, and to all in administrative authority, grant wisdom and grace in the exercise of their duties.
Give grace to your servants, O Lord.
To Senators and Representatives, and those who make our laws in States, Cities, and Towns, give courage, wisdom, and foresight to provide for the needs of all our people, and to fulfill our obligations in the community of nations.
Give grace to your servants, O Lord.
To the Judges and officers of our Courts give understanding and integrity, that human rights may be safeguarded and justice served.
Give grace to your servants, O Lord.
Teach our people to rely on your strength and to accept their responsibilities to their fellow citizens, that they may elect trustworthy leaders and make wise decisions for the well-being of our society; that we may serve you faithfully in our generation and honor your holy Name.
Give grace to your servants, O Lord.
We thank you, Lord, for the natural majesty and beauty of this land. They restore us, though we often destroy them.
Heal us.
We thank you for the great resources of this nation. They make us rich, though we often exploit them.
Forgive us.
We thank you for the men and women who have made this country strong. They are models for us, though we often fall short of them.
Inspire us.
We thank you for the torch of liberty which has been lit in this land. It has drawn people from every nation, though we have often hidden from its light.
Enlighten us.
We thank you for the faith we have inherited in all its rich variety. It sustains our life, though we have been faithless again and again.
Renew us.
Help us, O Lord, to finish the good work here begun. Strengthen our efforts to blot out ignorance and prejudice, and to abolish poverty and crime. And hasten the day when all our people, with many voices in one united chorus, will glorify your holy Name. Amen.

A Prayer for our Nation:

Almighty God, who hast given us this good land for our heritage: We humbly beseech thee that we may always prove ourselves a people mindful of thy favor and glad to do thy will. Bless our land with honorable industry, sound learning, and pure manners.  Save us from violence, discord, and confusion; from pride and arrogance, and from every evil way. Defend our liberties, and fashion into one united people the multitudes brought hither out of many kindreds and tongues. Endue with the spirit of wisdom those to whom in thy Name we entrust the authority of government, that there may be justice and peace at home, and that, through obedience to thy law, we may show forth thy praise among the nations of the earth. In the time of prosperity, fill our hearts with thankfulness, and in the day of trouble, suffer not our trust in thee to fail; all which we ask through Jesus Christ our Lord.  Amen.