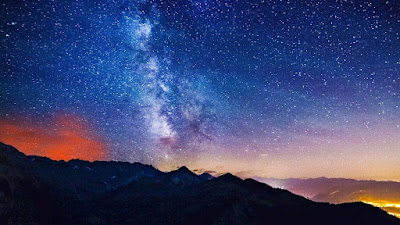 The days are getting quite short now as we approach St. Thomas's Day and the Winter Solstice. Advent's sense of expectancy and quiet contemplation is building to its peak. Of all the seasons of the Church Year, this is perhaps the one with the most interior sensibility and I delight in this.My own Advent Rule has been focussed on going into that quiet place with Christ and resting in him--finding my peace in his presence. Given all the swirling news and events around us this has been extremely valuable.I often think about Mary and Joseph in these final days before Christmas--about their journey to Bethlehem and how they might have felt. Were they anxious? Did they wonder whether God would provide a safe road on the way and a warm bed for them when they arrived? As I make my way through this second pandemic Advent I want to join them and ask them about how to travel unfamiliar roads in faith.Like many of you, I find this season both very beautiful and yet also difficult. The beauty is found in happy traditions, memories, and opportunities to see and serve Christ in others. The difficulty can arise in a sudden flash as I wonder whether I can manage all the responsibilities, or when I lament the loss of people, times, or places in the past.When I take the time to rest in Christ, to go to the manger and gaze upon Jesus, I find there the acceptance, peace, and hope I need. These hearty gifts are remarkably portable; they can go with me on my own Bethlehem-bound journeys of the heart and mind at this season and beyond.I look forward to coming to the manger at Christmas--not only the one we set up in church or at home, but the manger Christ has prepared for me in the heart. That spiritual manger secretly feeds my soul in what I lack. It is a place of holy encounter and encouragement made precious by the Blessed Virgin and St. Joseph her dear spouse, who placed the Christ-child in its hidden center, making the Infant King available to all who would turn aside from the road and rest there, day or night, always.Brandon+ 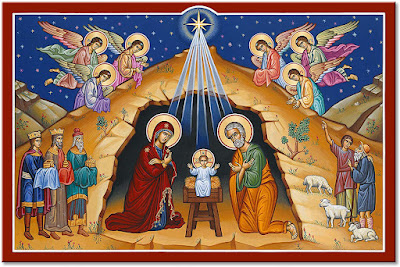 Posted by Brandon Filbert at 8:50 PM No comments:

Email ThisBlogThis!Share to TwitterShare to FacebookShare to Pinterest
Labels: Advent 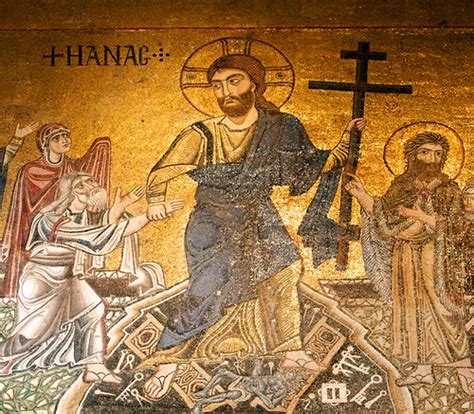 Here is a perfect expression of how the Early Church understood the mystery of salvation. Here, St. Cyril is commenting on St. Peter’s confession of Jesus as the Messiah and Christ’s response to this confession. Note how Cyril views the Cross and Resurrection as part of a process of salvation, and especially how the Paschal Mystery is an overthrowing of tyranny and a shared victory for us all rather than simply the payment of a debt owed to God. This “Christus Victor” understanding of salvation is what we proclaim in the Episcopal Church, leading to a deeper appreciation of God’s perfect love, which “casts out fear.” (1 John 4:18). This passage also makes clear that Christ’s teachings and the Paschal Mystery are a united reality—the former being completed by the latter. Finally, such an understanding of salvation makes clear our response to share the faith lovingly by way of response and action rather than remaining passive viewers or recipients.

When, however, the disciple had professed his faith, [Christ Jesus] charged them, it says, and commanded them to tell it to no one: “For the son of man,” he said, “is about to suffer many things, and be rejected, and killed, and the third day he shall rise again.” And yet how was it not rather the duty of disciples to proclaim him everywhere? For this was the very business of those appointed by him to the apostleship. But as the sacred Scripture says, “there is a time for everything.” There were things yet unfulfilled which must also be included in their preaching of him, such as were the cross, the passion, the death in the flesh, the resurrection from the dead, that great and truly glorious sign by which testimony is born of him that Emmanuel is truly God and by nature the Son of God the Father. For that he utterly abolished death, and he faced destruction, and spoiled hell, and overthrew the tyranny of the enemy, and took away the sin of the world, and opened the gates above to the dwellers upon earth, and united earth to heaven; these things proved him to be, as I said, in truth God. He commanded them, therefore, to guard the mystery by a seasonable silence until the whole plan of the dispensation should arrive at a suitable fulfillment.

Posted by Brandon Filbert at 10:01 AM No comments: