The Banquet of God at the Restaurant of the Good, The Bad, and the Ugly 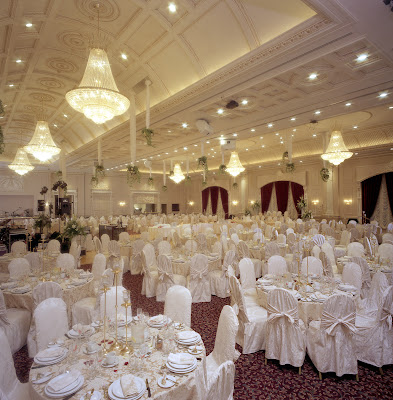 Today’s Gospel lesson (Matt. 22:1-14) requires we know about some history and customs to understand it. The parable of the Wedding Feast in Matthew is about a Royal Wedding. The King invites special honored guests, who turn him down. Not only do they turn him down, but they abuse and kill his messengers bringing the invitation. Jesus is informing his hearers that he knows exactly what they think of God’s invitation through his ministry. In a passage recalling the destruction of Jerusalem by the Romans in the year 70 AD, the King sends an army to destroy the rebellious and arrogant ex-invitees. This part of the parable alone shows how closely tied custom and etiquette is with religion in the Bible.
After all of this, you might think the King has lost interest in the party. Not at all. There is still a wedding to be performed and guests to be invited to celebrate it. So the King’s servants are told to go out and bring everyone—the good and the bad—into the banqueting hall. I’ve seen a few real royal banqueting halls, and they are impressive: an entire building set aside for partying, eating, drinking, and making merry. Part of the custom in Jesus’ time for such an event was for the host to provide a clean, white garment for each guest—a sort of “partying uniform” as a gift. Such clothes were of the “one size fits most” variety, I imagine. In any case, wearing it was a sign of accepting the invitation and the hospitality of your host.
As the King goes around the wedding banquet, he meets all sorts of people. Remember, the “good and the bad” have all been swept into the banquet. One of the people he meets is a man not wearing the special Banquet uniform. When confronted about this, the man can’t—or won’t—say anything. By his actions, the guest has shown that he rejects the host… just like the first invitees. Like them he is condemned by his own actions.
This can seem like a very strange story, and not at all like any party we would like to be part of. But St. Matthew is trying to get into a very touchy subject. We all want peace and acceptance. God desires our participation in his Kingdom where that peace and acceptance is found. We don’t get to enter that Kingdom on our own terms: we must be invited. To accept the invitation is to agree to his conditions, and that is the Gospel way of life. When we accept these terms, we are given the white robe of holy baptism—new life in God’s eternal banqueting hall, of which this Eucharist is always a direct participation, not just a dim memory or a vague approximation.
God is very free with invitations. Some Christians forget this and try to turn our God into a hard-hearted and miserly figure. The opposite is true, and this parable reminds us of it. But the choice is still ours: do we accept the invitation or not? If we do accept, then we ourselves must become “Kingdom inviting” people. After all, if we were allowed in, how can we bar the way to others?
Maybe Christians need to be a lot less proud of being invited to the party ourselves, and a lot more interested in getting the invitation out to others.
Oh, and don’t forget the dress code: white robes are provided… just remember to wear yours.
Posted by Brandon Filbert at 10:34 PM