The ongoing challenge of faithfulness… 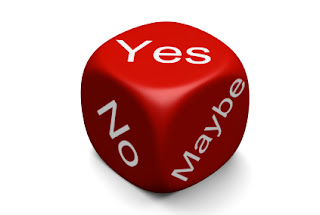 While they were going, some of the guard went into the city and told the chief priests everything that had happened. After the priests had assembled with the elders, they devised a plan to give a large sum of money to the soldiers, telling them, ‘You must say, “His disciples came by night and stole him away while we were asleep.” If this comes to the governor’s ears, we will satisfy him and keep you out of trouble.’ So they took the money and did as they were directed. And this story is still told among the Jews to this day. Now the eleven disciples went to Galilee, to the mountain to which Jesus had directed them. When they saw him, they worshipped him; but some doubted. (Matthew 28: 11-16, NRSV translation)

The way the Gospels place stories together is often extremely important and revealing. As we come to the end of the Gospel according to Matthew in the Daily Office cycle, it is always tempting to focus only on the immediate story of the Resurrection and then the Great Commission. But due attention should be paid to the little vignette about the way the Gospel puts side-by-side these two things: the falsification of the guards’ report to the Sanhedrin and the doubt of some of the disciples when Jesus appears to them in Galilee.

It is significant, I believe, that as Matthew winds up towards the Great Commission, these examples are places just before the climax. The power of the Resurrection, manifested to so many in Jerusalem through natural and supernatural phenomena, can be denied…all it appears to take is some money and some effective “spin.” The power of that same Resurrected Jesus, so striking to many a disciple, can be denied by others. Doubt, loss of faith, rejection…it is always an option in discipleship. The text makes no further comment on it. It is just presented as a reality.

As I look out into the Christian world, I often detect an implicit assumption that good Christians never struggle with doubt, or that once we “come to faith,” all will be clear. I think we need to be reminded of these unnamed disciples in Matthew 28, who appear to have had doubts even in the face of the Risen Lord. We need to pray for and be supportive of our brothers and sisters in their doubts, listening to them in ways that help them through their struggles while neither condemning them out of hand or losing our own connection to Christ’s living presence.

It also seems to me that we need to accept that the gift of faith is neither universally shared, nor an easy path. Temptation, human frailty, and spiritual sickness all assault the Christian, and these struggles can intensify suddenly. The medicine of patient, prayerful care needs to be offered perhaps more frequently than it is.

Then there is the matter of lies fueled by fear. The lies told by Jerusalem's religious leadership after the Resurrection are understandable. Christ’s rising ended their monopoly on access to God. In their panic, they resorted to bribery and deceit. This temptation is always before the “institutional” and the non-institutional Christian alike. When God challenges our comfort, our power, our sense of entitlement, our response is frequently one of cunning rather than humility. Most of the sad chapters in Christian history are in some way a replay of this story, and thus a sharing in the denial of the Resurrection. Pointing fingers at the Jews is neither the real purpose or value of this account. We need to realize that it is a story equally about us, today.

Matthew 28 ends with Christ’s words of commissioning: to go forth and baptize all nations into the living relationship with God the Trinity made possible through Christ. That commission ends with the reminder that Christ is with us, always. So, too, is the challenge of faithfulness to the Gospel way of life—always. The only way we will ever be able to live up to that challenge is through an intimate communion with God, based on prayer, humility, and love. For Christ to be with us always, we must be open and responsive participants. Those doubting disciples and bribing leaders are reminders that the human heart can grow very hard very quickly. Becoming arrogant about faith is never a good idea.
Posted by Brandon Filbert at 11:58 AM