The bitter fruit of loving little 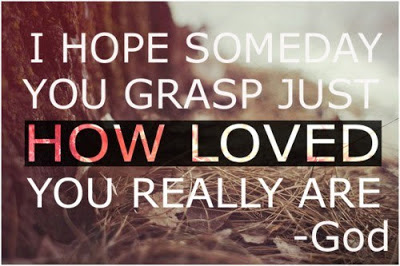 It is one of the facts of modern Internet faith life: the “comments” sections of most articles dealing with Christianity are awash in bile, filth, snotty triumphalism, vindictiveness—much of it authored by people calling themselves atheists.

Over and over again, one reads sarcastic and vicious taunts about the “cosmic fairy” of believers, atheism’s supposed record of decency, and the need to “evolve” beyond religion…in a tone making the authors of these hateful squibs parodies of the worst religious bigots they so loathe. Rebuttals from supposedly “Christian” commenters, sadly, often go down the same foul trail.

So, we have achieved something extraordinary today: both the atheists (who proudly announced their “evolution” to a more advanced state of being) and the “believers” (who claim a higher source for their life and principles) on comment threads have essentially become “co-religionists” in the religion of fear. That fear (in the words of a very wise parishioner) is the fear of being wrong.

Jesus once said these words: “The one to whom little is forgiven, loves little.” (Luke 7:47). This, I think, is the key to understanding so much of our contemporary society, conflicts in the Church, and the tone of comment threads having to do with religion.

In an ideological age such as ours, what counts is being right, being pure, being vindicated. Loving, listening, holding things in tension, preserving the paradox, accepting the mystery, allowing one’s self to be transformed…these things have no place in a culture, a church, an environment dominated by the fear of being wrong (and imposing your ideology on the other, once you are able).

Yet Jesus tells us that it is not the fear of being wrong that should motivate us; it is the desire for reconciliation, the experience of being loved by, and at peace with, God that leads to true “evolution.” This alone unlocks the prison doors, freeing us to go beyond the old and familiar story of tit-for-tat, vindictive rivalry.

For centuries the official cultural Christianity of the West downplayed this dimension of the Gospel, putting its emphasis on numbers, recognition, access to power, and official significance—often merely suppressing other opinions rather than providing evidence of the Gospel’s inherent superiority through humility. Today, we are paying for this.

The loud-mouthed and arrogant tone of much atheism is but a mirror held up to the Christian record. Over recent decades, how often did we take seriously how much forgiveness we require? How much were our actions motivated by God’s mercy on us, and how much by a need to be right? How often did we speak to our children about our experience of being forgiven, and how often did we counsel them just on how to win, how to be vindicated?

There are many, many examples of true Christian witness through the ages, including our own era. These are currently being forgotten in our secularizing times…but this is largely possible because too many other Christians have been busy forgetting the core of the faith, placing their hopes on institutional power and riding its coattails to comfortable smugness.

The road ahead for American Christianity, to me, looks to be dominated by a recovery of personal and corporate commitment to this principle: people who don’t think they need forgiveness—because they are simply right all the time—are missing the boat. It is not about being right: it is about being forgiven, and looking out on the world, the other person—and even other commenters— through the lens of that forgiveness.

That is a power no amount of sarcasm, taunting, hate, or mockery can overpower. Try it sometime. Jesus recommended it…
Posted by Brandon Filbert at 9:04 AM

Email ThisBlogThis!Share to TwitterShare to FacebookShare to Pinterest
Labels: Christian Life, Church in the World