Believing in a Greater Way 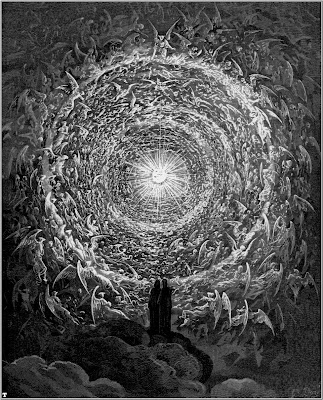 We believe in the universal Church that rests upon the holy Apostles. We unite ourselves to all its members, living and dead: not only to its visible members, but to its invisible ones as well. For there are souls of good will who, without overt faith in Christ, nevertheless implicitly ask from and receive from Him every quality within themselves that is true, good, and beautiful, and are secretly baptized by Him.
Lev Gillet, in Our Life in the Liturgy
(emphasis mine)

In writing about what it means to pray the Nicene Creed, Fr. Gillet remarks that the universal Church has members unknown to its formal records and earthly, institutional consciousness. It has, in short, secret members.

Coming from one so deeply imbued with the spirit of Orthodoxy, this may seem to be a surprising statement—even perhaps heretical.

But the orthodox faith is the True Faith precisely because, when lived authentically, it does not know anything other than the Truth of God. That truth knows not only what we can say but what we cannot say, what we must not declare. To say more than we have been given is to make an idol of a spurious knowledge based not on revealed truth but on arrogance or lust for power and control.

When we look back to the teachings of the Early and Undivided Church for guidance, we are not idolizing a period supposedly without flaw. We know it was not flawless. But we also know it was very near the Apostolic age, and contained in it the breadth of vision and the transparency to the Mind of Christ that later ages did not possess. The Creed is a product of that mindset, and humility.

The Nicene Creed is not a tool of repression. It is a positive grammar of faith, a gift of speaking what we must—and of refraining to speak what we must not. This, too, is an expression of genuine Christianity, as much as holding correct teaching and practicing works of mercy. The real heresy is, often, to ignore this fact.

Often, the real heresy is to ignore this fact.

To believe in the universal Church is not to exalt a human institution, prone to all that human institutions are known to do in their incompleteness. It is to believe in God’s sovereign power to share Life with those whom He chooses, and to see the truth in us, even as we enter into the Truth of God. Instead of arrogance and hostility, this will produce humility and peace in the heart of authentic believers.

The world is hungry for this sort of faith. Let us learn of it and show it forth.

Posted by Brandon Filbert at 3:01 PM

Email ThisBlogThis!Share to TwitterShare to FacebookShare to Pinterest
Labels: Church in the World, Eucharist