Restoring a right faith in Advent 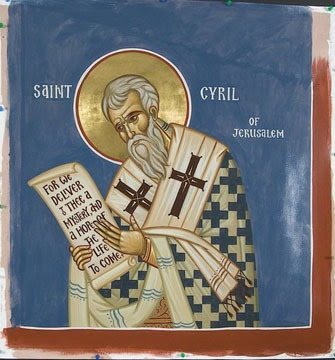 Advent is a blessed season in which we prepare both for celebrating Christ’s Nativity (Christmas) and his eventual return in glory at the end of the ages (Parousia). It is a brief season dealing with profound things. Its brevity is part of its power: both Christ’s first and second comings are events that happen suddenly, with little warning.

Christ’s Second Coming has become something of an embarrassment to many modern North Americans, what with so many charlatans, mountebanks, and grifters capitalizing on the gullibility of some believers and others who are easily frightened. As a result, many in the so-called “progressive” forms of Christianity have dropped almost all sense of the Second Coming as anything beyond being a metaphor for something bland and trivial, like “doing the right thing.” This has resulted in a corresponding decline in vision in these Christians, who are tempted to substitute ideological purity or organizational loyalty for the breadth of the Gospel found in many parts of our world today and over the course of the centuries.

Instead of this kind of tiresome either/or mentality, we need a total reappraisal of how Christian eschatology relates to missiology. In other words, why a lively belief in Christ’s return provides the savor for living out the Gospel in lives of clear discipleship and humility.

The early Christian period held this synergistic wholeness regarding the Second Coming. Apart from some groups clearly found to be heretical, the Patristic period understood the Parousia as being intensely linked to the contemporary moment in the Church’s ministry. There was simply no division. The liturgies of this period derive much of their power from the linkage of the “Supper of the Lamb” on that day, with the ministry of the Kingdom’s truth, love, and justice in this day. Only when this linkage is broken later on do we drift into the miasma of replacement “purposes” for the Eucharist (sacrifice, memorial, flat-bed car for agendas) and all sorts of millenarian tomfoolery.

One of the great joys of a Classical Anglican way of living the Gospel is its determination not to enter into the distortions abounding around this issue. We keep to the word of Scripture and the teaching of the Undivided Church…and are thus free to embrace the season of Advent not as the trailer for some sort of coming horror movie, but as a season of hope, joy, and urgency. Hope, in that our Lord has not forgotten us and gives us a mission to live and share; joy, because we may experience even now in worship, service, and fellowship the fruits of that mission; and urgency, because each day, life, and action is precious to God—in spite of what the world would say.

Below is a reading widely associated with this point of view and coming to us from the Patristic era of Christianity. St. Cyril’s work here is to introduce his hearers to the distinctions between Christ’s two comings. It is also an entrance into the mindset of a classical Christian sense of the linkage between these comings.

We, who live in the “era of the Church” between Christ's first and second Advents, are privileged to know something of each of Christ’s comings, and to feel no need to fixate on or deny either in order to conform ourselves to a world that is, we know, passing away.

We do not preach only one coming of Christ, but a second as well, much more glorious than the first. The first coming was marked by patience; the second will bring the crown of a divine kingdom.

In general, whatever relates to our Lord Jesus Christ has two aspects. There is a birth from God before the ages, and a birth from a virgin at the fullness of time. There is a hidden coming, like that of rain on fleece, and a coming before all eyes, still in the future.

His first coming was to fulfill his plan of love, to teach men by gentle persuasion. This time, whether men like it or not, they will be subjects of his kingdom by necessity.

The prophet Malachi speaks of the two comings. And the Lord whom you seek will come suddenly to his temple: that is one coming.  Again he says of another coming: Look, the Lord almighty will come, and who will endure the day of his entry, or who will stand in his sight? Because he comes like a refiner’s fire, a fuller’s herb, and he will sit refining and cleansing.

These two comings are also referred to by Paul in writing to Titus: The grace of God the Savior has appeared to all men, instructing us to put aside impiety and worldly desires and live temperately, uprightly, and religiously in this present age, waiting for the joyful hope, the appearance of the glory of our great God and Savior, Jesus Christ. Notice how he speaks of a first coming for which he gives thanks, and a second, the one we still await.
That is why the faith we profess has been handed on to you in these words: He ascended into heaven, and is seated at the right hand of the Father, and he will come again in glory to judge the living and the dead, and his kingdom will have no end.

Our Lord Jesus Christ will therefore come from heaven. He will come at the end of the world, in glory, at the last day. For there will be an end to this world, and the created world will be made new.
St. Cyril of Jerusalem [386]
from The Catechetical Instructions
Posted by Brandon Filbert at 1:17 PM